Well, it seems I'm not quite done with this blog after all. I did need the break, however, which was filled with lots of editing, rewriting, and polishing of my novel, The Bear Who Broke The World, which will be published by Wheeler Street Press in Summer 2017. What with all the horrors of Aleppo, POC being shot and persecuted at alarming rates, and the damn election (not to mention Prince and Garry Shandling leaving this mortal coil), that's the best news I've heard all 2016.

I probably won't get too political here on this blog -- that's just not really my specialty or my style -- but I will always stand up for people in need and stand against the bullies of the world (whose numbers seem to be multiplying every day we get closer to Inauguration Day). A very strange and troubling time is coming to this country that I love, with ripple effects sure to be felt throughout other continents, far and wide. I will do my best to avoid rants, but if I see something I sure as hell will be saying something.

As for uplifting events in my world, I had another short story published by The East Bay Review just last month (Issue No. 9), and you can find it right here.

I've also been blogging about the novel on a different site, and you can find the breakdown of that long (and continuing!) journey here. Also, check out Wheeler Street Press to find out about the little publishing company that just might. I hear there are some pretty cool books being released into the wild by them as soon as January 2017. So, give the site a look if you are so inclined.

And don't forget to look for my first novel next year.

Until then, in celebration of "Rogue One" opening this Friday, here are some monkeys riding on the backs of rampaging boars while Luke Skywalker narrates the action. Enjoy, and stay safe and sane!

So, this is my very last post here at the blog. I started out strong back in 2008 (I had 40 posts that year), but as the years went on and I got further away from shorter works, I found I had less to add to the site. I also noticed that the majority of visitors to the site were either GoogleBots cacheing my pages, or college students reading and/or plagiarizing my own college essays. Maybe if I'd posted more readily or done a little more self-promotion, I would have seen more traffic for my creative pieces. But, ultimately, I have no regrets.

It's been a good run - over 125 posts - and it's been fun to receive the occasional comment. But it's time to wipe the slate (and this site) clean so that I can focus all of my attention on the books I plan to publish over the next few years.

On Monday, May 16th, justinmcfarr.com will direct you away from Controlled Chaos and land at "The Bear Who Broke The World" blog. There, I will be actively blogging, adding to the few posts I have there now about the evolution of my very first novel. Please check it out when you can, as I move toward a 2017 publication with Wheeler Street Press.

I appreciate all the kind words I've received for the posts here. Thanks for all your support over the years. 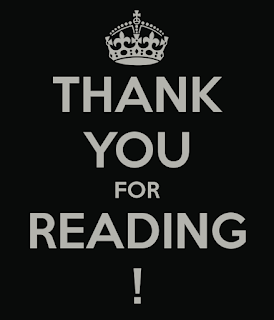 Posted by Justin McFarr at 9:55 AM No comments: